Home / News / Read the information / From what aspects we know the benchtop hardness tester?

From what aspects we know the benchtop hardness tester? 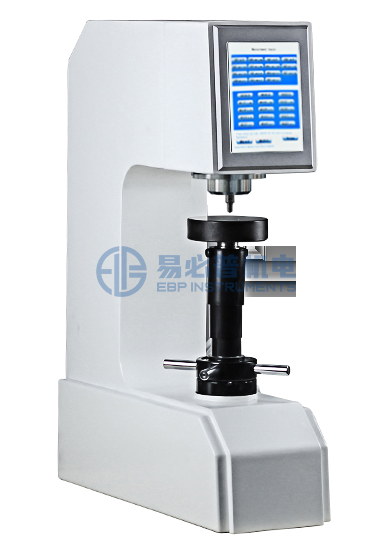 What are the points of attention when using?

2. Wipe the supporting surface of the benchtop hardness tester and place it on the workbench. Rotate the handwheel to slowly raise the workbench and lift the indenter until the small pointer points to the red dot and the large pointer rotates 3 times vertically upwards;

3. Rotate the indicator shell to make the long engraved line between C and B align with the large pointer;

4. Pull the loading handle to apply the main test force, and the large pointer of the indicator rotates counterclockwise;

5. When the rotation of the indicator needle of the benchtop hardness tester stops, the unloading handle can be pushed back to remove the main test force;

6. Read the corresponding scale on the indicator;

7. Turn the handwheel to lower the test piece, then move the test piece, and perform a new test according to the above steps (2)-(6). The Vickers hardness tester needs to be careful during the test and use, and test several times.

8. After the test, cover the machine with a dust cover.

What are the characteristics?

1. The test principle and accuracy of benchtop hardness tester conform to the standards GB/T230, ISO6508, and ASTM E110, and the error is not more than 1.5HR after testing by China Metrology Institute.

2. The test is fast, easy, and non-destructive. The Vickers hardness tester also has this feature.

3. The benchtop hardness tester is convenient to read, with good repeatability and high accuracy.

4. Equipped with a magnifying glass with light to ensure convenient reading when used in a dark place in the workshop.

5. It can test flat workpieces and curved workpieces with curvature from Φ50mm to infinity.

How does it work?

How does it work?

When HB>450 or the sample is too small, the Brinell hardness test cannot be used and the benchtop hardness tester is used instead. Under the specified conditions, press the indenter (diamond cone, steel ball, or cemented carbide ball) into the sample surface in 2 steps. After the main test force is removed, the residual depth h of the indentation is measured under the initial test force. The residual depth h of the indentation represents the level of hardness.